Time for an Update

Well it's been a while since I did a post (sorry, been busy with school and some side projects) so here's an update for things that I've been doing recently.

In school I've been learning more about normal mapping and making good normal maps. The first project we had to work on was just texturing a pre-made hatch after we baked the normal map and diffuse map from it (Diffuse maps make it easier to select pieces from a model as they are baked out with the colors, so you can just select the color pieces you want to work on in Photoshop).

I ended up with this. So it's a concrete door (obviously would have hydraulic assist from the inside for lifting the door) and it's been open to the weather for a while 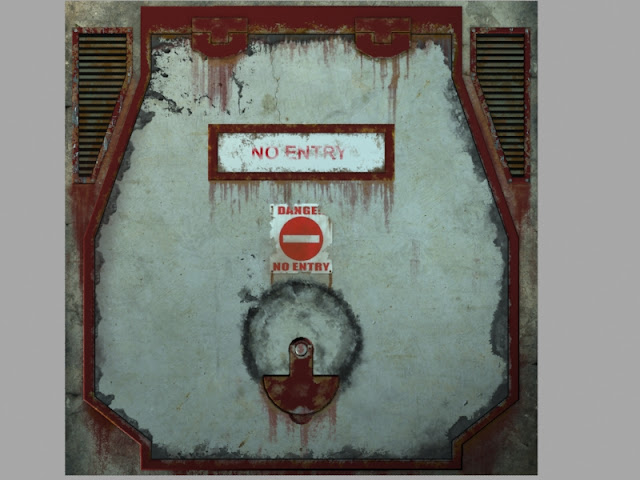 Next off we had to make some sci fi style props, A floor, wall and roof tile. Out of the three I did I like how my floors turn out the best so here's a viewport grab of it with the Xoliul Viewport Shader.
Basically the topic was sci fi for the new DAE building called The Level and I figured what better way to have a call out to gaming for floors than to have D-Pad style floors.

Next thing we had to do was make 2 more props, same style but a simple and a complex one. My simple prop was stairs, not staircase in it's whole, but just the steps. This is what I came up with, this is a grab from UDK. 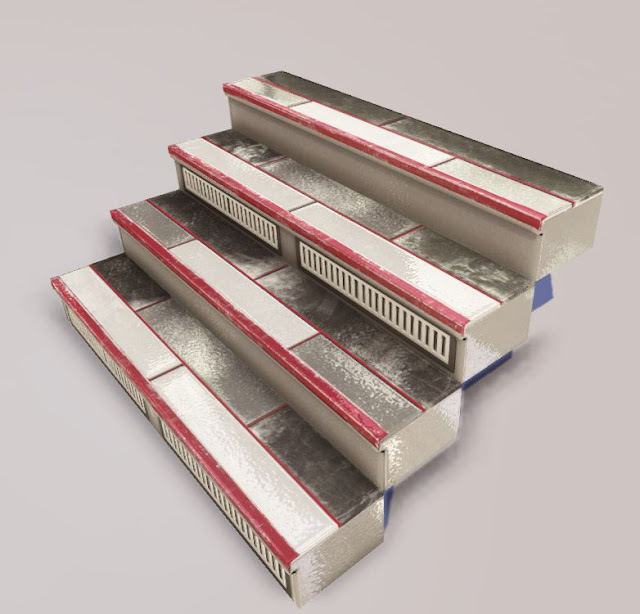 So this next one is the "complex" prop which was a sci fi Computer. I decided to make a projection style computer that would project from the red ball in the middle onto the screen between the 4 corners. The corners can be tilted like any regular screen as well. 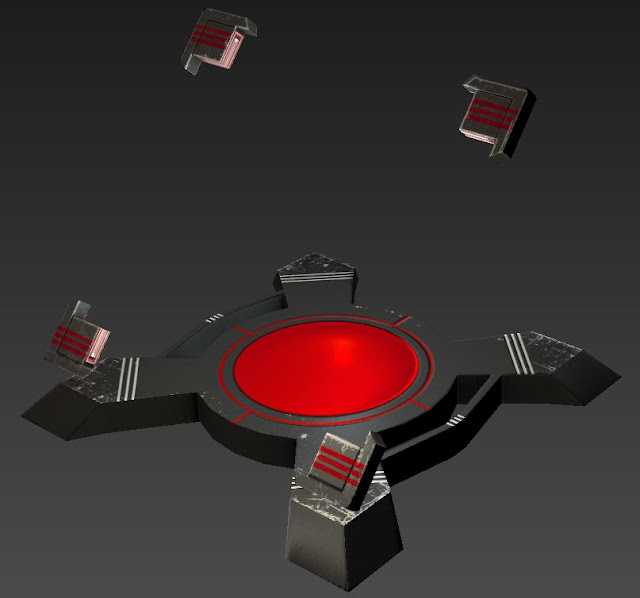 And finally, this is just me doing some concepting for the Chainsaw Katana project that I somewhat started a while back (but decided the original drawing I was going to go off of wasn't that great...so I'm making my own concept for it now).

This is just the hilt, but the throttle for controlling the chainsaw speed. I've thought about doing it more of like a gun trigger as well (which most chainsaw's are in) but thought this would look a bit more clean and neat when actually modeled. So it's more up the alley for a motorbike throttle, this would be the one turn able part on the hilt while the rest is quite static. Either way, it's a WIP. 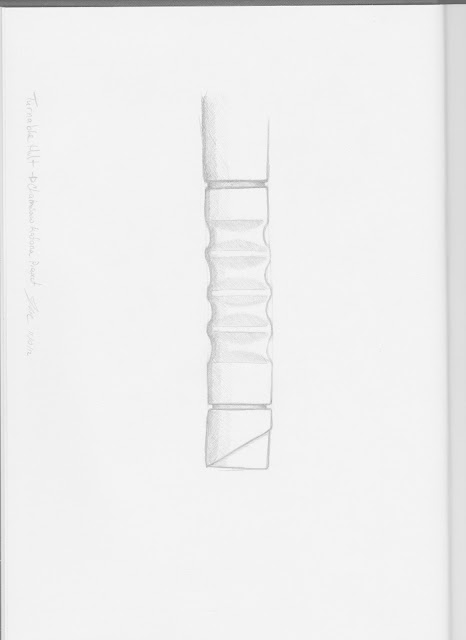 Thanks for reading, hopefully I will update a bit more instead of so sporadically...